FOR VISITORS AND RESIDENTS, AS WELL FOR SPECIALISTS IN TOURISM, HOSPITALITY AND ENTERTAINMENT INDUSTRY

Museum of Partisan Glory – one of the few museums in Ukraine underground. Museum of Partisan Glory was established in 1969 in the village of Nerubayske Odessa area, where there is one of the oldest of underground workings for extraction of shell stone, used in the construction of Odessa. The catacombs are located at a depth of 12-14 meters below ground. During the World War II, the catacombs in the village Nerubayske were stationed one of the biggest guerrilla groups in the region.

Museum of Partisan Glory – monument of the partisan movement in the Odessa region and, in particular, the men of Detachment of the Hero of the Soviet Union Vladimir Molodtsov-Badaev. Within six months, 70 unit, left in Nerubayske catacombs were active in sabotage and intelligence work, were walled Romanian occupiers and almost all were killed. Currently genuine badaevtsy camp, located two kilometers from the main entrance to the catacombs flooded with groundwater. However, enthusiasts club “Poisk” on archival documents and eyewitnesses managed to restore its original appearance.

Museum of Partisan Glory is part of the tourist route “Belt of Glory”, including 11 monuments dedicated to the protection of Odessa from the Nazis in 1941-1942.

In the Museum of Partisan Glory presented partisans everyday objects, models of weapons and equipment-scale, archival documents, photographs and personal belongings of the guerrillas, samples of art squad members Molodtsov-Badaev.

Museum of Partisan Glory consists of underground and aboveground parts.

The underground part is located in a small specially fenced part of the catacombs, here recreated guerrilla camp and you can get acquainted with the life of partisans: the memories of witnesses, the detachment base was equipped with not only the bath and kitchen, but also a shooting range, staff, male and female dormitories, recreation room and weapons. In one of the branches of the catacombs is a memorial hall with a group of sculptures, as well as provides the original graphic works guerrillas.

The above-ground part of the museum presents archival documents and photographs of the Odessa underground. This is the most complete exposition devoted to guerrilla movement in the Odessa region and tells not only of the commanders of guerrilla groups, but also about the soldiers-heroes – sniper Lyudmila Pavlichenko, machine gunner Nina Onilova, Komsomolets Yasha Gordienko. One of the museum dedicated to the famous tourists stands Nerubayske catacombs, and among other curiosities are presented letter of thanks to the Cuban leader Fidel Castro. The above-ground hall of the museum are thematic exhibitions devoted to the Great Patriotic War and the partisans of the Odessa region.

Museum of Partisan Glory is a traditional meeting place of the World War II veterans. Also, there are open lessons for students and lectures on the history of the guerrilla movement for students. 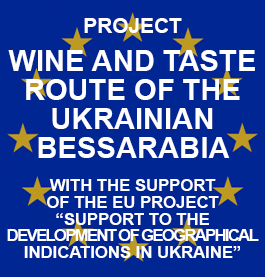